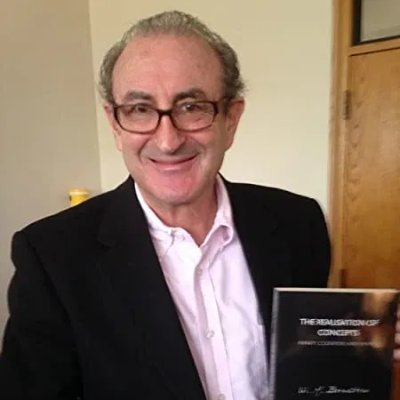 Dr. William Bernstein is an author of psychology in Santa Fe, New Mexico.

He has over 20 publications since 1979 and is trained in biology, neuropsychology, psychopharmacology, psychoanalysis, social, organizational, and medical psychology.

Dr. William M. Bernstein is trained in biology, neuropsychology, psychopharmacology, psychoanalysis, social, organizational, and medical psychology. His experience and interest in human psychology have culminated in over 20 publications since 1979.

Dr. William Bernstein received his Bachelor of Science in Biology from Tufts University in 1973. He started his basic research in cognitive and motivational social psychology at the University of Texas receiving his PH.D. 1981. He received the Professional Development Award from the University of Texas in 1980. He joined Dartmouth college in 1980 as a Research Associate in Psychology. The applied work included organization consulting and practice as a medical psychologist and psychoanalyst.

Dr. Bernstein started his Post-Doctoral Fellow in Basic & Applied Social & Organizational Psychology at Columbia University.  He received the Spencer Foundation Grant: Measuring Empathy and Accuracy in Person Perception in a population of Clinical & Counseling Psychology Students in 1984. In 1992, Dr. Bernstein joined Boston Institute for Psychotherapy As an Associate Clinical Fellow. The same year, he also interned in Clinical Psychology at Herbert Lipton Mental Health Center in Boston, Ma. Dr. Bernstein joined the Department of Psychiatry at Harvard Medical School as a Clinical Fellow in Psychology in 1996.

Today, Dr. Bernstein is focused on sharing his knowledge and expanding his research in cognitive and motivational social psychology through his writing. W.M. Bernstein published his most recent addition to his anthology The Body-Mind Reader Feedback Application published in 2020. His publications are available in both digital and print and have been featured on both the Apple app store and Amazon books.


Director of Research and Development


Columbia University in the City of New York

The University of Texas at Austin